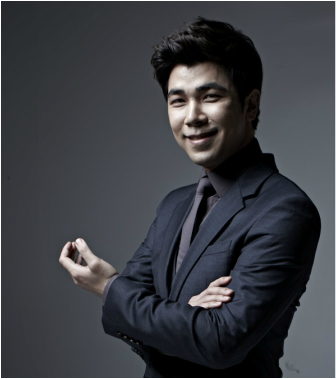 Noted by the New York Times as “elegant” and showing “passion and depth”, Korean baritone Joseph Lim is rapidly pursuing a performing career.

In the 2019-20 season, he returns to the Metropolitan Opera to cover Guglielmo in its great production of Cosi fan tutte.
He will sing the role of Grégorio in Roméo et Juliette and Schaunard in La Boheme at Deutsche Oper am Rhein and he will also appear as a soloist in Opera Gala concerts throughout Korea.

Recent engagements include Lim's Deutsche Oper am Rhein debut as Grégorio in its new production of Roméo et Juliette and appearances with Metropolitan Opera as a soloist in The Metropolitan Opera's 2019 Summer Recital Series in New York City parks.

He has joined the Metropolitan Opera roster and covered De Vavert in their new production of Cyrano de Bergerac and performed the role of Silvio and made company debut with Festival of the Aegean, Greece in their  production of Leoncavallo’s I Pagliacci.
Other recent highlights include a gala concert with Opera Carolina, a solo recital accompanied by Brian Zeger at Weill Recital Hall with the Carnegie Hall Foundation and made a debut with Opera Roanoke as Papageno in Magic Flute and covered the role of Dr. Malatesta in Don Pasquale at The Santa Fe Opera.
He performed with Opera Birmingham singing Schaunard in La Bohème and he appeared in New Year’s Concert with SAC in Seoul.

Mr. Lim concluded his tenure at the prestigious Ryan Opera Center at the Lyric Opera of Chicago. During the period at the Lyric, he was seen as Schaunard in La Bohème and Marullo in Rigoletto. Mr. Lim covered the roles of Dr. Malatesta in Don Pasquale and Albert in Werther. He sang Escamillo of Carmen with the Lyric Opera Orchestra in ‘Stars of Lyric Opera at Millennium Park”. He also sang the role of Dr. Malatesta in Ryan Center’s summer production of Don Pasquale and returned to Chicago’s Grant Park Music Festival to sing the role of Guglielmo in Cosi fan tutte. He performed the role of Count Almaviva in Le nozze di Figaro and Schaunard in La Bohème under the baton of Sir Andrew Davis with the Civic Orchestra at Symphony Center.
In the 2011-2012 season at the Lyric, he was seen as Schlemil in Offenbach’s Les contes d’Hoffmann, and Frontier Guard in Mussorgsky’s Boris Godunov. In addition, Mr. Lim covered the roles of Hermann in Les contes d’Hoffmann, Tchelkalov in Boris Godunov, Wig Maker in Ariadne auf Naxos and the role of 2nd Priest in Die Zauberflöte. He also sang the role of Guglielmo in the Ryan Opera Center’s summer production of Mozart’s Cosi fan tutte, and made his debut with the Grant Park Orchestra in a concert of Mozart and Donizetti opera ensembles at The Harris Theater in Chicago.

Mr. Lim has performed in recital with Brian Zeger, Craig Terry, Eric Weimer, Brent Mcmunn, Alan Darling and Paul Floyd. He has given recitals and concerts through the Ravinia Music Festival, the Chorale Bel Canto, the Opera Associates, the Opera Association of Los Angeles, the Palm Springs Opera Guild, Opera Buffs Inc., the Orange County Choral Society and Orchestra and the Music Academy of the West.

In addition to being a Grand Prize Winner at the 2011 Metropolitan Opera National Council Auditions, Mr. Lim was the 1st Place Winner at the Palm Springs Opera Competition and second place at the Gerda Lissner Foundation International Competition. He has also received awards from the Loren L. Zachary National Competition and the Marilyn Horne Song Competition. He is the recipient of scholarships from, among others, the Opera Buffs Inc., and the Los Angeles Opera Association. Mr. Lim was named USC Thornton’s Marilyn Horne Scholar.